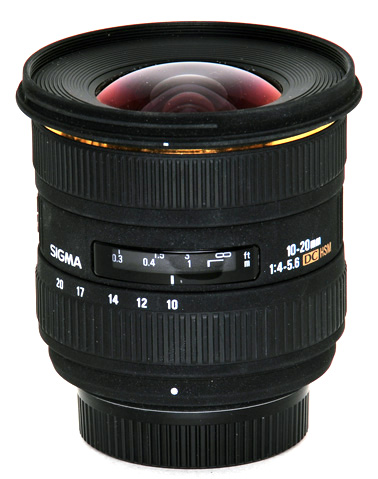 I got mine here.

This Sigma lens is a fantastic wide-angle offering that I find to be affordable and easy to use. There are other competitors on the market in this range, including Nikon itself, but I find this lens is the overall winner.

Other goodies: Included is a pedal-shaped lens hood. This is useful since shooting so wide you're bound to get the sun or other light sources pointing at you. The hood is easy to attach upside-down on the lens when you store it in your camera bag. Also included is a very nice storage case. I actually kept this one out and didn't store it away in the box. I put my lens in this case when I store it on the shelf or when loaning it to my second-shooter at a wedding.

The lens case has a belt-buckle loop, but it won't attach to my LowePro belt since it is fixed (meaning no Velcro) to the case itself.

This lens is sharp and contrasty enough for what you'll use it for: big wide shots of landscapes. This isn't a macro lens, or a portrait lens, so if you need one of those then don't look here.

A note about lens caps.

I prefer the new Nikon-type lens caps and if I get an older lens I usually buy new ones to upgrade. I just toss the old ones into a box just in case I lose a nice one I have something else to use.

But, the lens-mount cap that comes with the Sigma 10-20mm lens doesn't fit well onto other Nikon cameras. I haven't measured the size of the tabs on the cap to see where the difference is, but be warned that this lens-mount cap is unique and really only goes onto the Sigma lens one way. Yes, this is weird and kind of annoying.

This lens, to put it bluntly, is stunning. The ability to fit so much in and yet not get all fish-eyed and super distorted is an amazing feat, and Sigma accomplished it.

Some people complain about the build quality, but this lens if hefty and feels great in my hands. The rubbery plastic shell is very comfortable. I have seen other reviewers' photos which have an AF switch on the camera body so I'm suspecting that there might be more than one version of this particular lens from Sigma. This review is of the lens seen above without the AF switch.

A note about the photo of the lens itself: You will notice it has some dust on it because unlike reviewers who live indoors shooting test charts, I go out and use my equipment and I had just returned from a gig where the 10-20mm was in use and I grabbed the photo you see above. I assume you don't live in a lab environment and want real-world test results, so that means actually taking the equipment out into the dusty real world.

I've found that I like to shoot most of the time at 10mm with this lens, but the zoom can creep a little to like 12mm or so. You don't notice it right away since 12mm is still super wide. Also, the lens doesn't really rack in/out over a great distance so the lens physically looks the same at 10mm as it does at 12mm or so.

There is some vignetting, but I find it to be completely acceptable, and goes away if you shoot starting at f/8 or f/10. In the first example photo you can see some of this because I purposely shot wide open.

Following are some sample photos to demonstrate the power of this type of lens and some general uses which will likely yield good results. If you shoot things like these, then this lens may be a good one to think about adding to your camera bag. 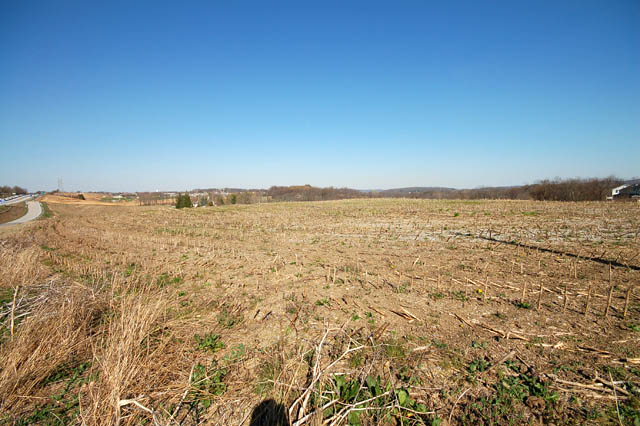 Yes, that is my head creating the shadow, but I wanted to show you a big open field. If you were standing there you'd have to turn your head from one side to the other to see all of that. You can see some light fall-off in the corners (call vignetting) and really I shouldn't have been shooting wide open when out doors like this but, I figured the sky would be a good place to show that there is some vignetting. 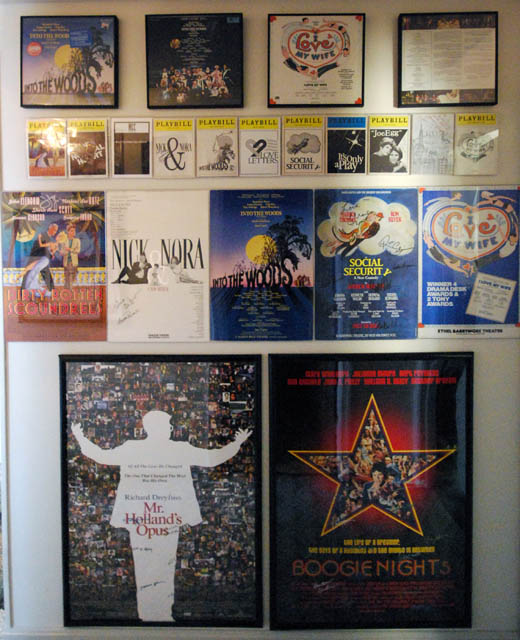 Here is a wall of collectable items. I am standing just on the other side of the hallway, which is just like the hallway in your house (only a few feet wide) and I am able to get ALL of the wall into the photo. Amazing! 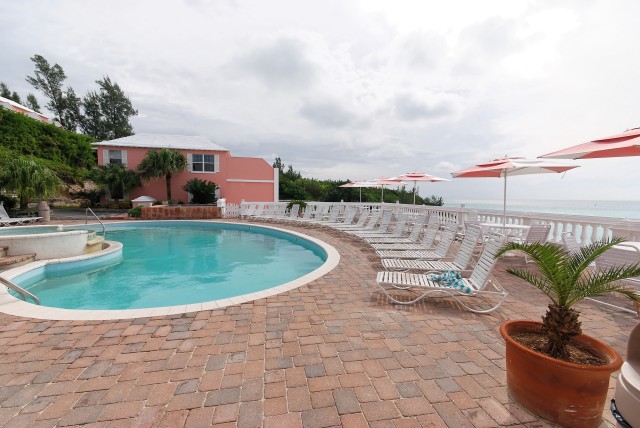 Here we are pool-side and you can see some visual distortion of that potted plant in the lower-right corner.
Also, you can follow the lines in the bricks and see some distortion in the lower-left corner as well.
I find all of this acceptable for such a wide-angle of view that is still a rectangular image. 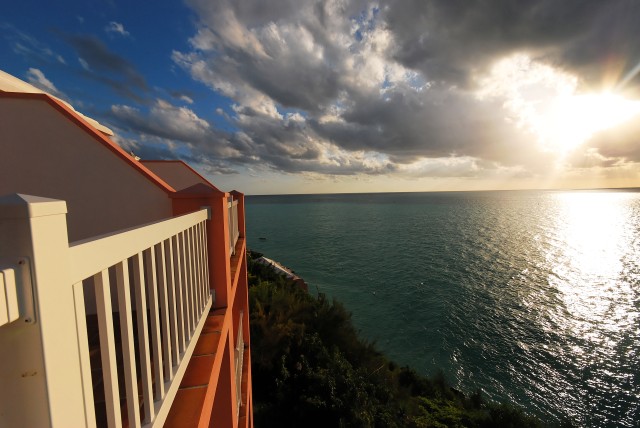 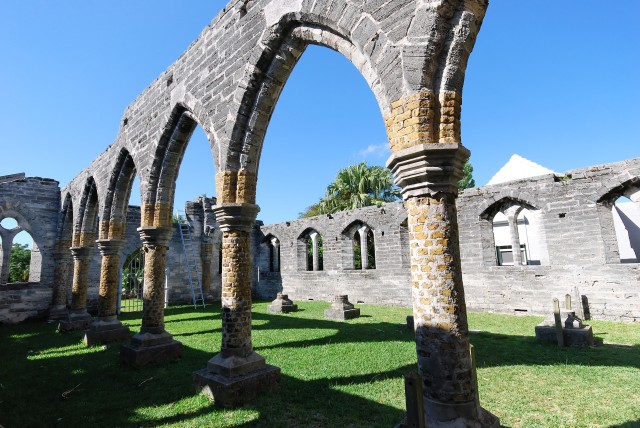 See, no vignetting here. That's because I shot this at f/10. If you shoot like a regular landscape photographer and try to stop down pretty far (higher f-stop number) then you'll get great restuls like this one. 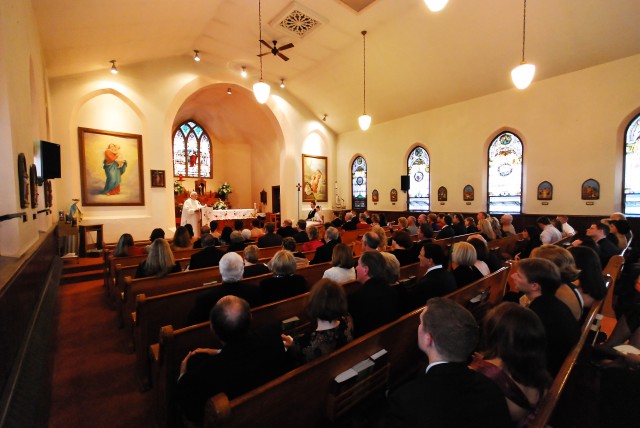 This photo in a small church during a wedding lets us see the entire congregation as well as the ceremony. It also makes this small church seem bigger. 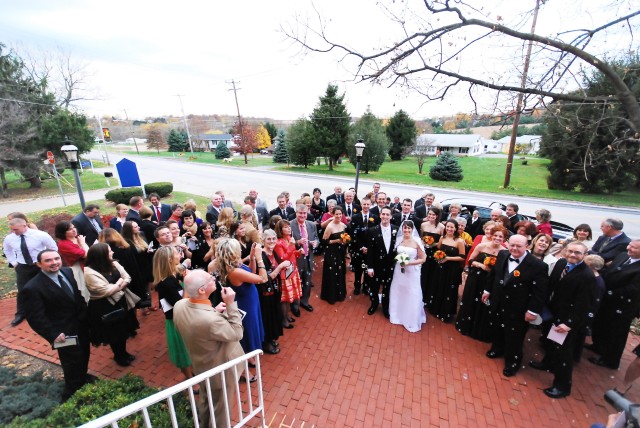 The bride requested a big group picture of every guest at her wedding. So, I kept a body handy with the Sigma 10-20mm lens on it and I got this. Notice how the people on the left are acting like they aren't in the photo? That is because everyone is used to what a camera can normally capture and no one was expecting anything this wide.